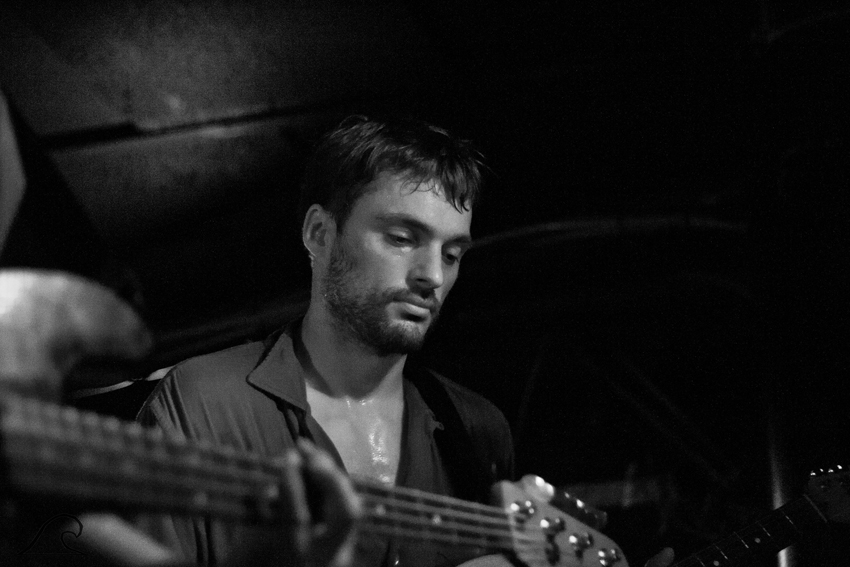 Before you check the 2015 gig listings for Francois and the Atlas Mountains; prepare to be a little disappointed as this latest year will without a doubt see the least amount of activity for the band since their earliest releases.

January did in fact see a promising start to the year with the release of a new EP, L’Homme Tranquille as well as an incredibly minimal amount of shows, including one-off spots in Leeds and Glasgow in the UK.

In-between gigs, Francois took the time to answer a few questions on this latest release, playing in the UK, what you can expect from seeing them perform live and any indications on the next earliest chance of this.

How would you describe the new EP and what was the thought process behind making this African-inspired record?

We toured Africa in 2013 and recorded 3 tracks in Ouagadougou and 1 track in Addis Ababa with local musicians playing balafon, thionhon, ngoni and krar. It’s a very spontaneous bunch of recordings. We jammed the tracks a couple of times before recording them live.

Francois & the Atlas Mountains have played a few times in the UK now, do you enjoy playing over here and how much does it differ from playing gigs elsewhere in Europe and especially in France?

I started the band in Bristol in the UK. I played my first shows there. I think somehow I tuned the way I perform to the British audience. In France the audience needs some almost theatrical performance. Hence the amount of French bands that dress up and become funny characters on stage. I find the indie music fans enjoy listening to a band live with their ears in a more straightforward and generous way. 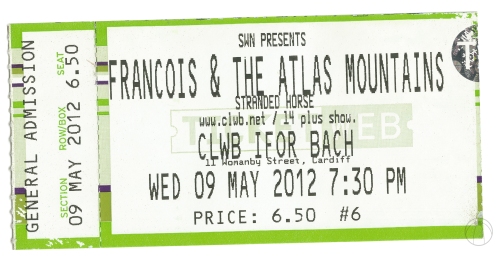 Where has personally been your favourite place to play in the UK?

The Home game Away game Festivals organised by Fence/Lost map.

After a packed 2014 schedule (in which the band played over 100 shows from March to December), and with no more gigs listed for 2015 after the upcoming two in the UK, what does the new year hold for Francois & the Atlas Mountains?

A big gap indeed. We’ve achieved a consistent body of work with the current line up. Each member has their own personal project that they will work on in 2015 (Babe, Archipel, Petit Fantôme and Jaune!). Personally I’m going to experiment with new ways of playing and writing songs. I want to find arrangements that are more appropriate with my vocal range and that allow me to dance more.

Finally, for those that have never seen you play live, what can they expect when the band returns in the future?

It’s a new way of playing each time. It’s like catching up with your nephew. You know who he is yet he surprises you and he never grows up as you had imagined he would… and it’s a joy to find out who he is becoming.

So with a period of rest through 2015, if you’re reading about Francois and the Atlas Mountains for the first time; there has never been a more suitable opportunity to discover their music for yourself.

As a band still at an early stage but with three flawless full-length releases under their belts already, it can only be imagined that the pause planned will see Francois and the future line up of his Atlas Mountains come back ever stronger. With even more ideas and new ways of playing to come, there’s no doubt that the band will continue climbing to the summit of their success and if they keep on doing what they’re doing, it’s unlikely to prove a challenge of Everest proportions.

To see you through to the band’s future releases and shows, here’s a recording of Francois and the Atlas Mountains performing La Vie Dure during the gig at Leaf in Liverpool in March of 2014.

For more information on Francois and the Atlas Mountains, including of course any latest news on new music and shows, visit: http://www.francoisandtheatlasmountains.com.