Move through the images below to take a look at the deluxe version of the new Dirty Projectors record.

Fronted by David Longstreth, the self-titled album is the band’s 7th LP. 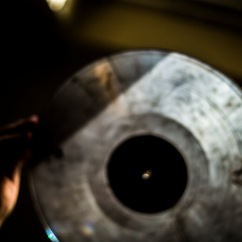 An LP which catches the eye straight out of the sleeve. 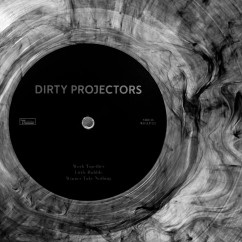 The smoked record mimics the comment in a review of the record being industrial in its sound.

In the right light the smoked vinyl can take on an ominous appearance. 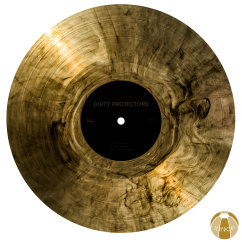 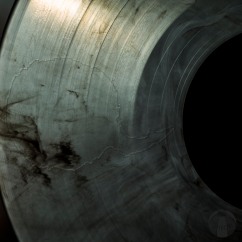 Etched on the D-side of the record is the often found mark of a Dirty Projectors release.

Shown clearer here are the symbols which have appeared across DP’s releases.

The vinyl reflected produces a strikingly similar shape to that etched on the D-side.