On Friday we brought you an interview with Jérémy Landes of Velvetyne Type Foundry, the creative force behind the specially designed typeface used throughout the brand new Frànçois & The Atlas Mountains album: Solide Mirage.

The font (of the same name) also appeared throughout the promotional material created for the album which hit the shops on Friday too, and can also be found in the latest trio of F&AM music videos released in support of the record.

Now that the new music is here, we hope all you fans have had a chance to go through this 4th full length offering from Frànçois Marry and co. just as we have.

To compliment our interview and discussion surrounding the literal new look of F&AM, we’re excited to share with you some shots and thoughts of Solide Mirage. 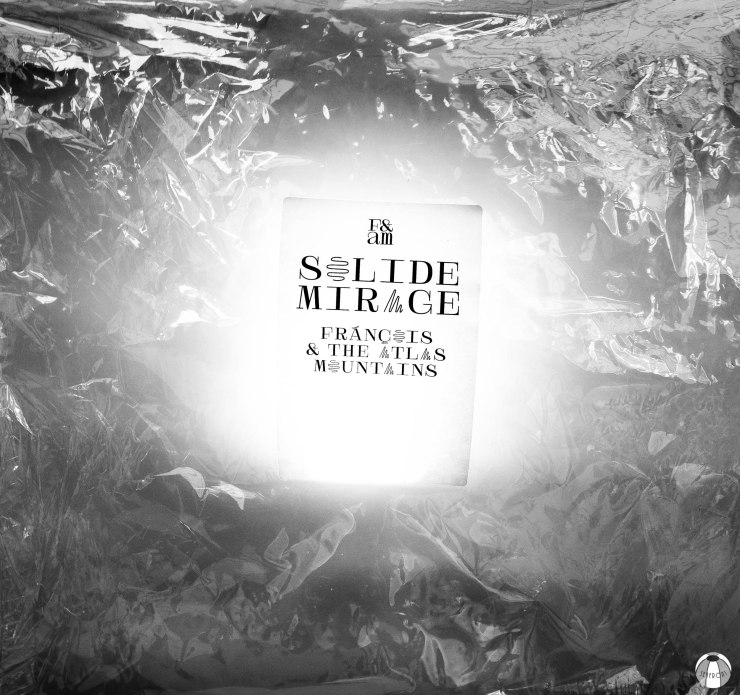 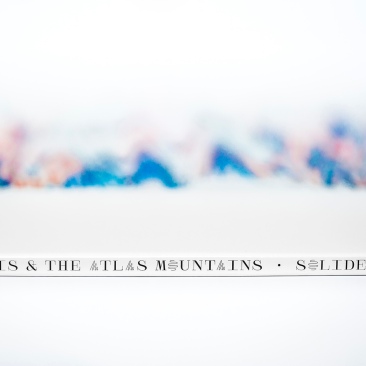 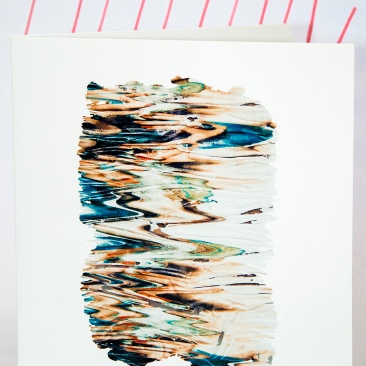 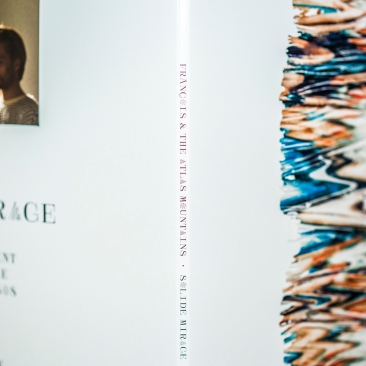 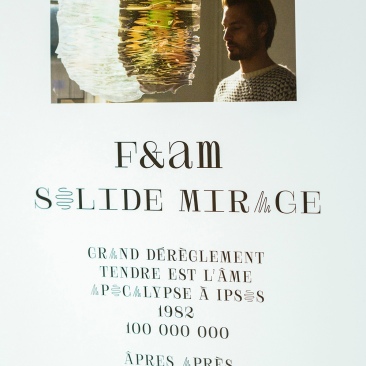 At first glance, Solide Mirage is visually stripped back. White backgrounds, black text on the rear and not even a word to be seen on the cover, it’s only the longer look which reveals the interesting details of the specially designed typeface. In the meantime, while the cover image does strike at first, some might keep it to a glance, but this is in fact deserved of more as it’s the mesmerising work of Tatiana Defrain. Paintings of which their very images are distorted, forcing the viewer to look closer and harder to reveal what exactly is right in front of them.

This optical illusion is of course a shared definition with that of a mirage. The zig and zag of Defrain’s artwork and the characters which we’ve already seen in Velvetyne‘s custom typeface clearly resemble such a trick of the eye, resulting in a perfect match to the chosen title.

Defrain questions the very application of art with these abstract creations and some similarities can be drawn with F&AM, a band which can jump from one music genre to the next multiple times within a record. Succeeding to underline that there’s never just one way to do something. 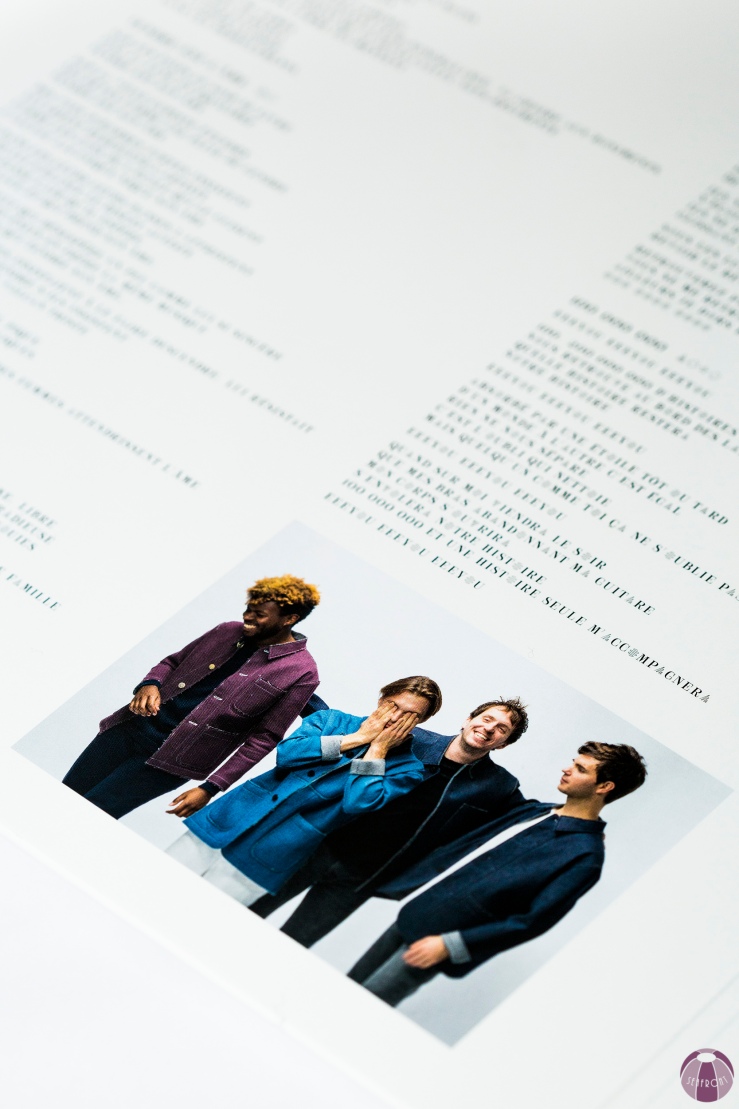 Within Solide Mirage the use of the typeface which we discussed with its creator is seen serving its purpose, providing us with the typical details found here such as lyrics and album credits.

Visually it draws the viewer in and peaks interest, particularly if the font has been brought to their attention previously in the run up to the record’s release through the seen promotional materials. 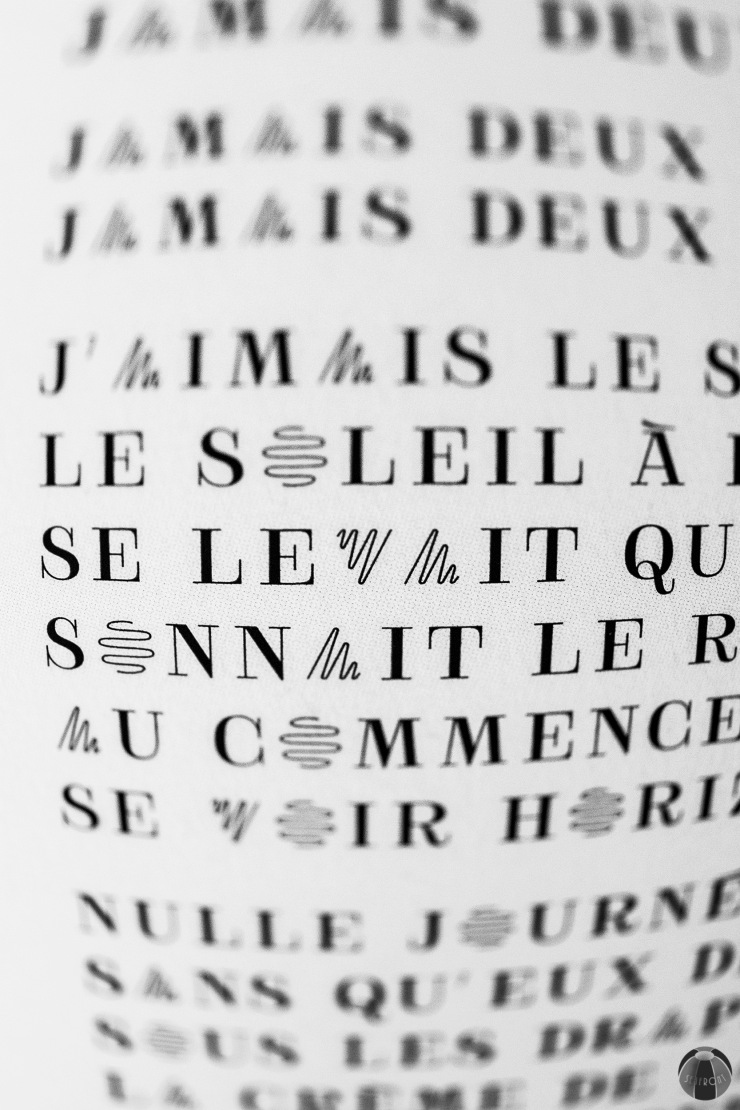 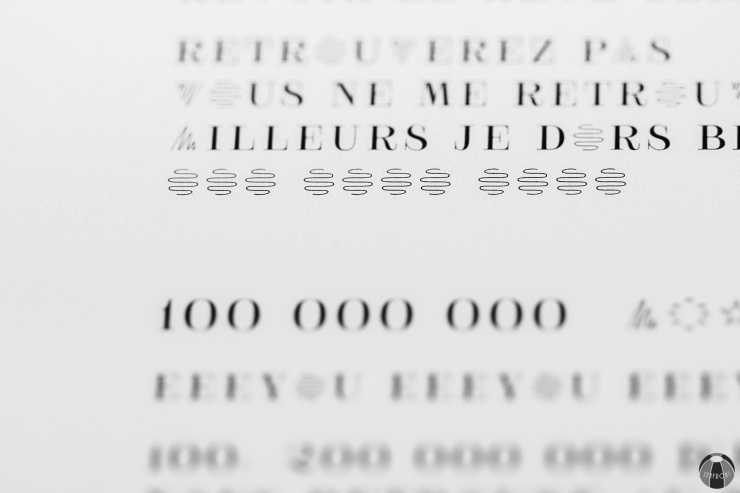 Sometimes the way in which the waved characters of the A, V and O fall creates patterns which of course wouldn’t be apparent with the use of their standard character versions.

The French language also comes into its own here thanks to its far more regular use of the letter V, creating a balance in these unique characters’ use which doesn’t overpower the text to make it unreadable, but adds interest, eliminating the possible ennui of black text on a white background.

This is the precise chance to also highlight that this is the first F&AM album to not feature any English within. Previously on their records tracks would jump from French to English or become a melange of the two with verses and lines in each language. For those only able to boast a high-school French grade or even no understanding of the language at all, don’t let this observation of Frànçois‘ first fully French release put you off as the band continue to boast the incredible music ability to cross-borders and unite those, whatever nationality, with a joie de music. 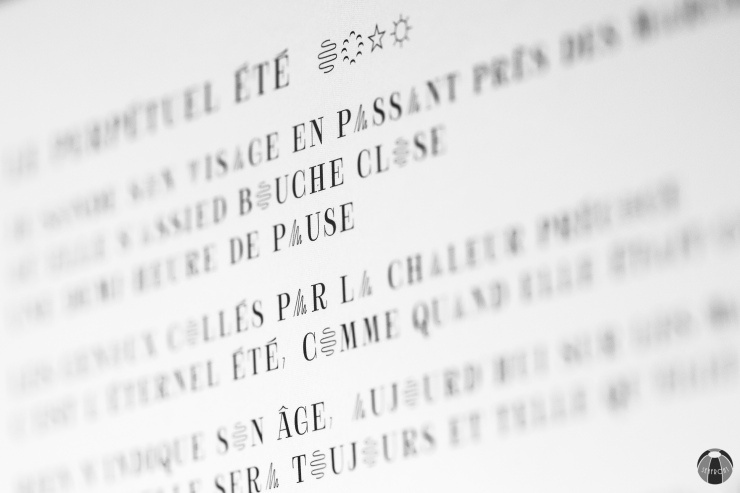 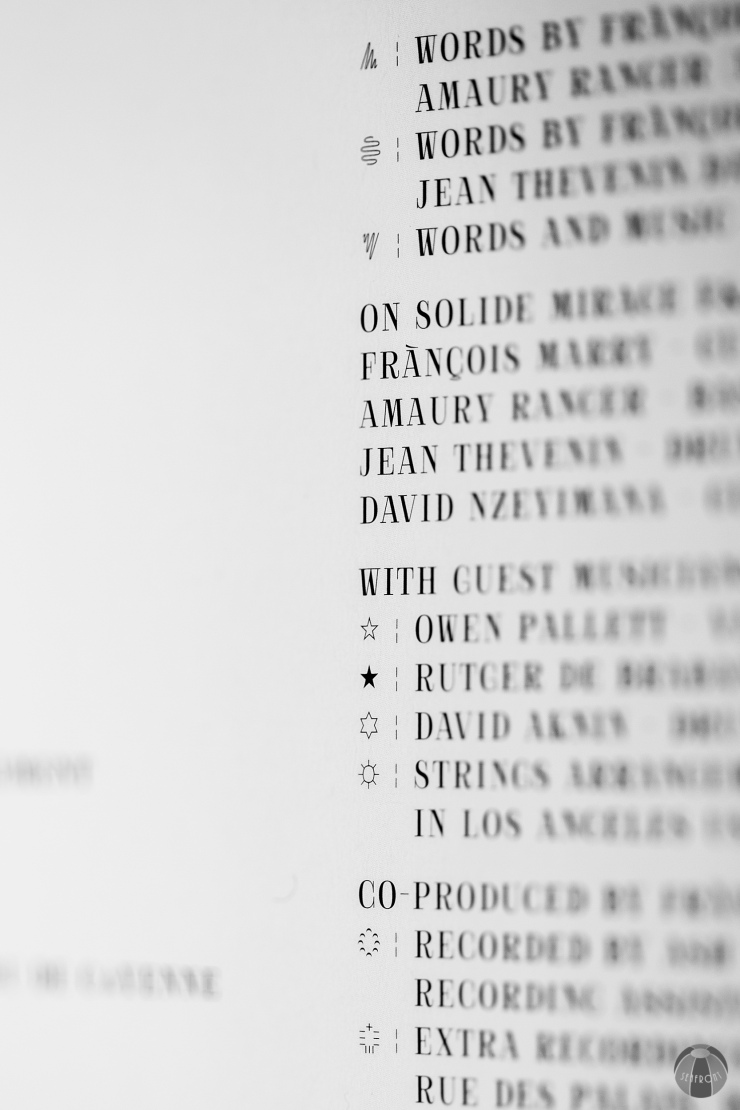 Also stirring interest is the use of the symbols which we spoke to Jérémy about:

“These icons were something Frànçois asked for. Actually, there’s a tradition in the way F&AM layout the credits in the album booklets. I embraced this constraint and wanted to make it a key feature of the typeface.”

As mentioned, the use of icons is seen in previous releases as a clever way to denote the key names attached to each track, yet in Solide Mirage they appear ever more natural with thanks to the other specially designed characters. 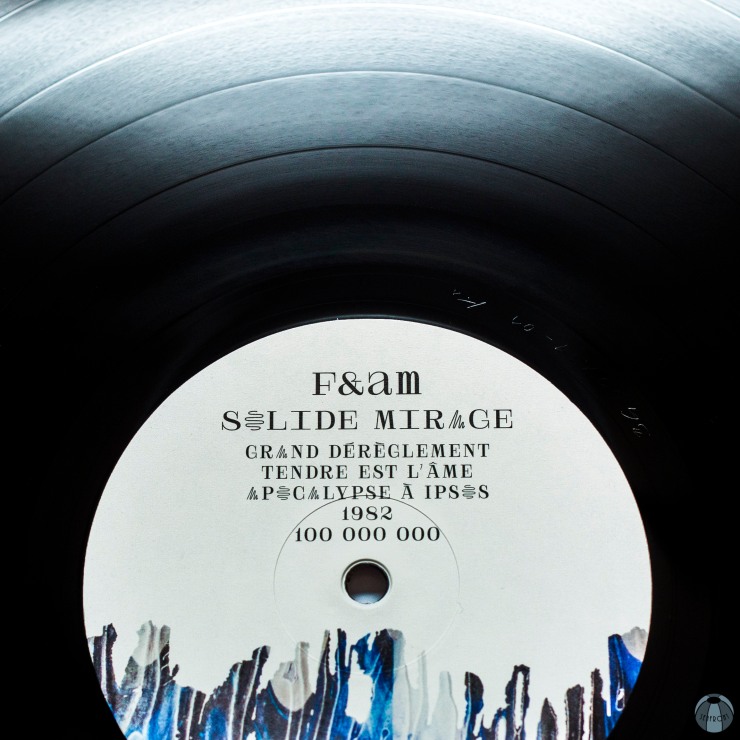 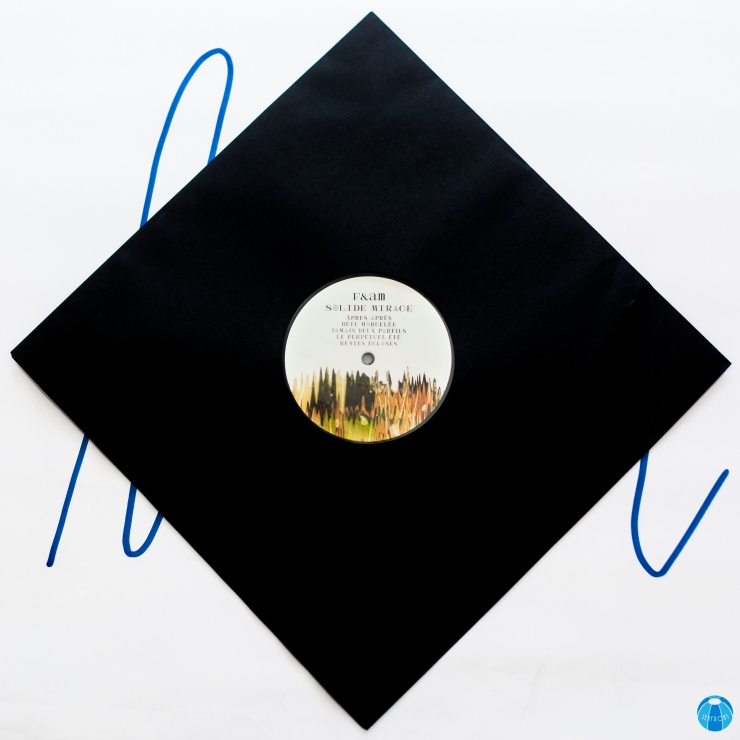 As for the music contained within these paper walls, it’s arguably the most varied work the group have presented to date.

The album’s lead single, Grand Dérèglement  also provides the entry point for Solide Mirage, a song written after playing shows in the Middle East, with a clear influence of this throughout as well as in the visuals for the single’s video. Its melody and use of instrumentation is instantaneous in sparking the listeners interest and settles them into the journey through the remaining 9 tracks.

It’s the feel of a lounge on a beach (Apocolypse À Ipsos), a stroll through the French countryside (1982), a social evening out with friends (100 000 000), leading to more drinks (Après Après) before attending and underground gig which you won’t forget in a hurry (Bête Morcelée). This latter track is Frànçois at their rockiest, and we love it.

The inevitable next day hangover is then comforted by the album’s closing songs. 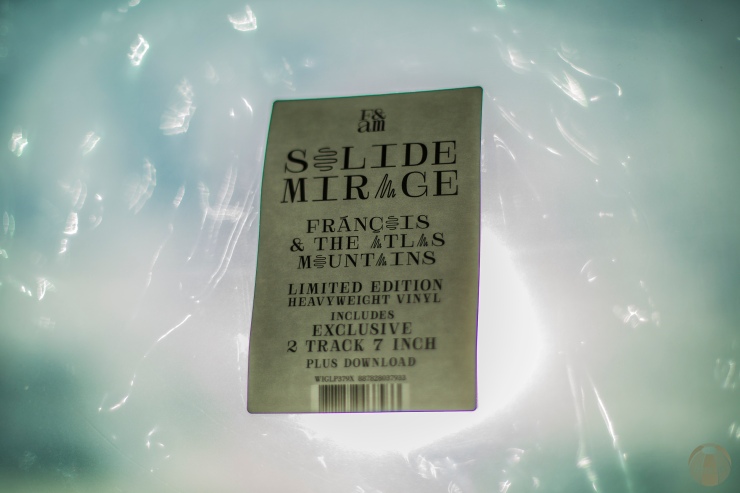 Like 2014’s Piano Ombre, a deluxe version of this new record was produced including a two track 7″ record. Red in 2014, ’17 offers a clever use of clear vinyl: a hand held solid mirage, if you will. 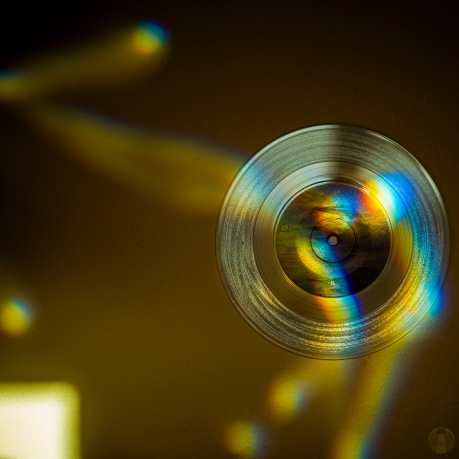 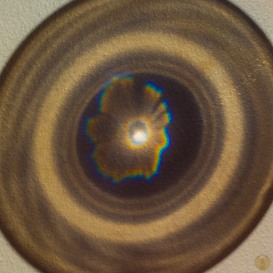 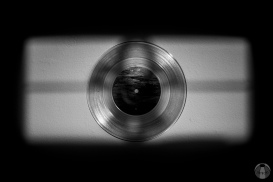 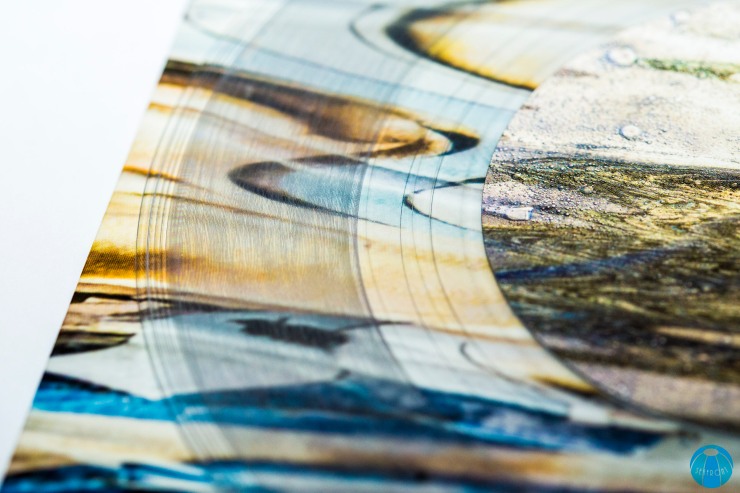 It’s here, away from Mirage‘s main body of work that the 7″ in fact brings us the first and only English spoken track, the captivating Night Thoughts Day  Dreams. A song which opens with a charming exchange between Frànçois and enfants, continuing with a catchy rhythm throughout, coming of course (along with A-Side: Feu De Joie) as a welcome addition to the complete SM package. 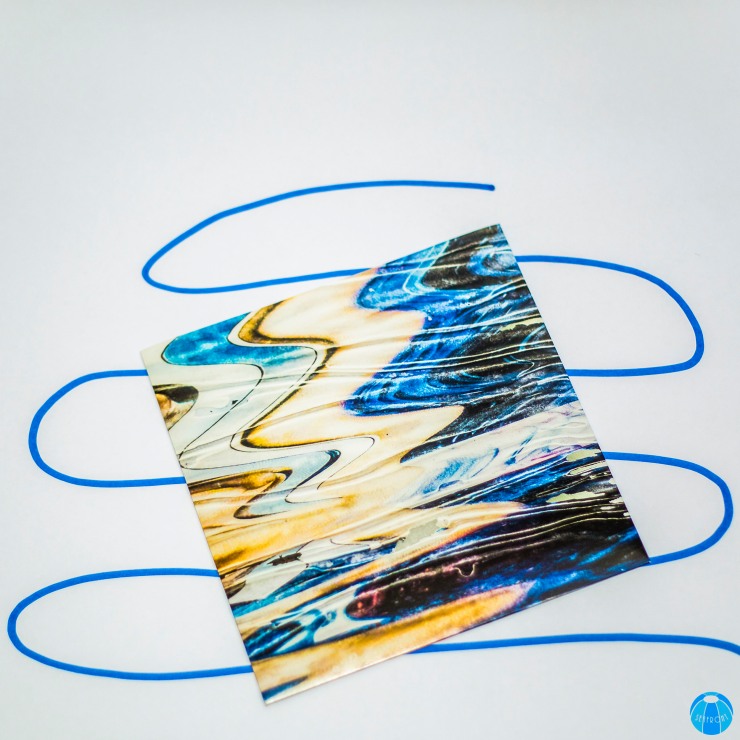 Very recently we stumbled across a set of videos on the verge of, astonishingly; being five years old. They were captured during the first time we saw  Frànçois & The Atlas Mountains perform live, the venue: Clwb Ifor Bach in Cardiff, May 2012. We thought we’d leave you with this and give you a little taster before the band hit the road this month in support of Solide Mirage.

Performing the song Edge Of Town  from their then current album E Volo Love.