Last week, Frànçois & The Atlas Mountains rolled into Soup Kitchen : Manchester at the mid-way point of a 5 date tour in the UK, supporting the release of new album: Solide Mirage, earlier in March.

F&AM 4th full length is undoubtedly a standout in the oeuvre  of the band led by François Marry. His Atlas Mountains have altered since last release (2014’s Piano Ombre), however the multi-national-cultural musical styling remains, creating a varied and addictive listen.

The earlier day had been dominated by the further news of the island they were playing on triggering Article 50 (or Brexit to use an uglier reference), an event François himself commented on throughout the night. Yet the most important lesson those on stage wanted us to learn on this day was to party the evening away, a process this packed crowd was more than happy to oblige.

No one was looking for an exit here.

The set was heavily influenced by the new album, with Solide Mirage‘s tracks sounding as natural as anything else within a F&AM setlist. The few weeks of repeated listens offered a familiarity to these new songs and alongside lead singles from previous albums the night flashed by in a sea of dancing, joy and perfecting the French accent.

Take a look through our gallery of images below: 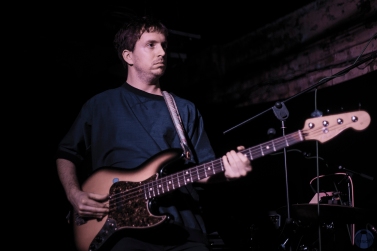 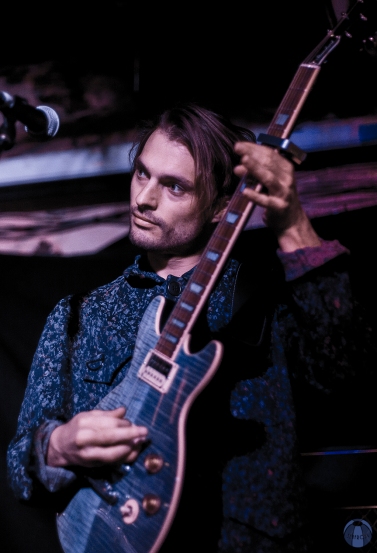 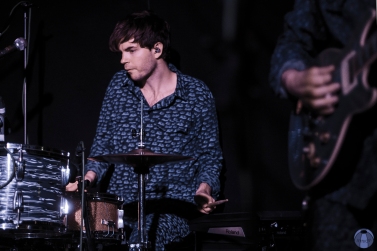 After the gig we spoke to François, including the topic of the new album.

He provided some great insight into the process of what we now know as the finished record, including its artwork and design. We actually looked into this ourselves before Solide Mirage‘s release, as well as conducted an interview with Jérémy Landes who collaborated with François to produce a unique font, used throughout the artwork and promotional material.

If you’ve yet to see the physical Solide Mirage, we documented this too which you can see here. It’s a beautiful package, both visually and sonically and as always, we continue to urge you to see F&AM should they hit a venue near you, especially if you want to forget about Brexit or anything just as bad…