In 1996 the Red Hot Chili Peppers toured the world with their sixth album, while back home in LA a photographer stumbled upon a box of expired Polaroid. A decade later, Stefanie Schneider is a renowned photographer, while the Chili Peppers are preparing record number nine: Stadium Arcadium.

To celebrate the tenth year since the release of one of the album’s singles, we talk with the image maker behind the artwork for:

Red Hot Chili Peppers‘ Stadium Arcadium was unlike anything the band had attempted before, not necessarily in styling, but in the delivery of the music itself.

Originally intended to be released as a trilogy of records spread over 18 months, singer Anthony Kiedis instead wanted the music to be heard instantaneously and so the band’s work was condensed into the 28 track, 2 hour double album fans have come to know very well over the last 11 years.

Consisting of this many songs, the album inevitably ranges in style and includes nods to earlier work, including the funk sound which brought them to the attention of the music scene and in the process making them a household name. 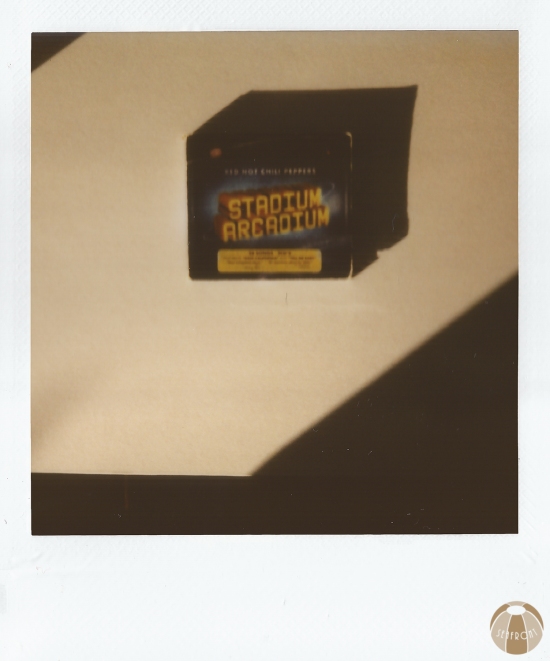 The album was also significant in the success which it garnered, including 7 Grammy nominations, the most in their career and eventual winners of 5.

flooded in and selections for album of the year, as well as some of the most favourable reviews received, just as the Chili Peppers approached a quarter of a century in the music business.

With 28 songs to select from, the band settled on the release of five singles during the album’s promotional lifespan.

The first track came a little over a month before the record’s 2006 early May  release, called Dani California, still a staple of the setlist and the most performed song from the album to this day. Released on April the 3rd it would be over a year until Stadium Arcadium‘s final promoting single: Hump de Bump, on the 7th of April 2007.

The latter song has a very interesting back story after being first performed live in 2004, the same year the band were bringing to an end touring for preceding album By The Way and long before the writing of songs for this next release as Flea once recalled. However the performance of the song at the Bridge School Benefit reveals a track featuring an alternate chorus which Anthony went on to describe as being “not very good” and “confusing”.

Talking further about Desecration Smile in a track-by-track chat, Anthony confirms that it sits on the dark side of love, channelling into the music thoughts and ideas around relationships and their failures. It also “haunts the hell” out of him.

One of two videos released for the single.

However, only the version below is regarded as the ‘official’ video for the track.

Just as Dani California opened the record’s Jupiter titled CD, Desecration Smile appears as the first track on Mars. Though what does set the latter song apart is the artwork used for its release and promotion.

Stadium Arcadium’s cover art was produced by Matt Taylor in collaboration with the band, along with the four other singles.  Unlike these however, Desecration Smile acknowledges another name in relation to its artwork, that being the photographer behind the Polaroid-made cover image: Stefanie Schneider.

including the exclusive interview and competition!