With success and acclaim in their respective bands, it was of course a must-see pairing when it was announced that This Is The Kit and Rozi Plain would both be sharing the same stage. Seafront had the chance to experience just that at the Magic Lantern Cinema in Tywyn.

It’s been a busy couple of months for This Is The Kit and its members since we caught them at the end of January, with further live performances across the country, including one at the BBC 6 Music Festival back in February. Future gig highlights are on the horizon too with Guy Garvey’s Meltdown Festival in June, a show in Paris and appearances throughout the summer.

Rozi too, a regular member of the band alongside frontwoman Kate Stables; has herself played some stand-out shows since, including the South by Southwest Festival in Austin, Texas. With the announcement also of an upcoming April / May tour along with an EP, ‘Friend of a Friend’, (an accompaniment to 2015’s brilliant full length release, ‘Friend’), the year doesn’t appear to be slowing down any time soon for either musicians. 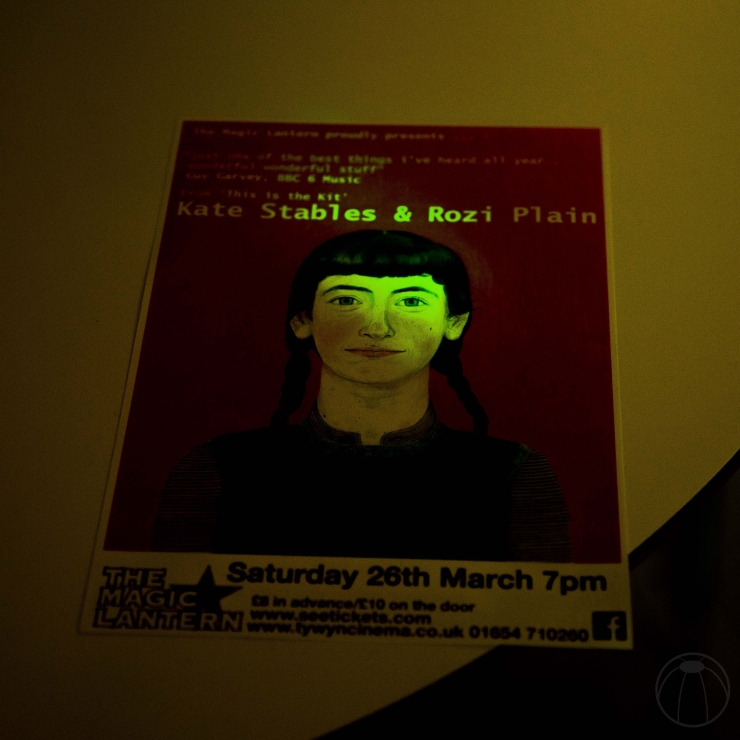 As the name of the venue suggests, day to day the building for the night’s performances shows the latest releases and has been in the movie business since 1919, but with two stages the venue also acts as a space for live music, and a most unique space at that.

Not every stage is overseen by 007 himself; James Bond, but the host of legendary movie stars along the walls, added to the classic interior of the building offered a licence to thrill, and this was before any music had filled it.

It’s not very often that musicians will play within their own support slot, yet acts like This Is The Kit and Rozi Plain are established members of what can be reasonably described as a community of artists that are content to support one another. Acts associated with the performers include Francois and the Atlas Mountains, in which many of its own members too play their roles in other bands (Babe, Petit Fantôme, Archipel) and have opened for one another on the same evening previously. This bond (different to the James variety of course) is really clear to see on stage and a fun spirit dances between the musicians, no matter who is frontwoman at the time. 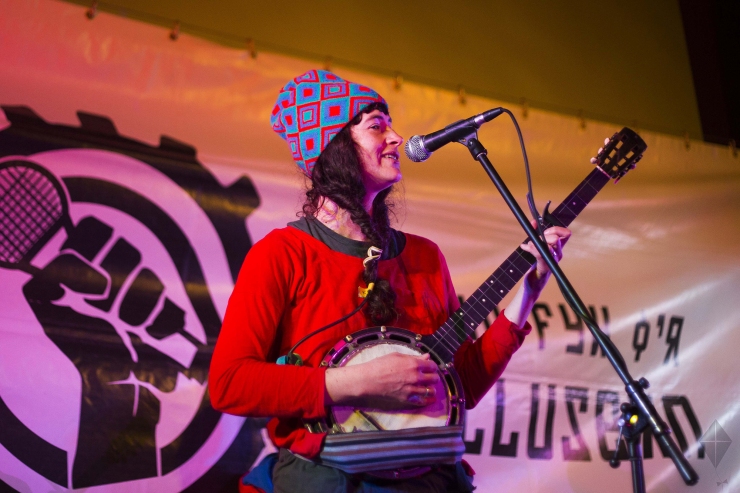 This leads to yet another sumptuous on stage performance with songs from Stables’ previous as well as her latest release, Bashed Out; an absolute delight to listen to live once again. Additionally, hearing Rozi deliver her own tracks priorly was hugely welcomed, there’s always a near sense of relief to hearing well-listened to songs played live for the first time. 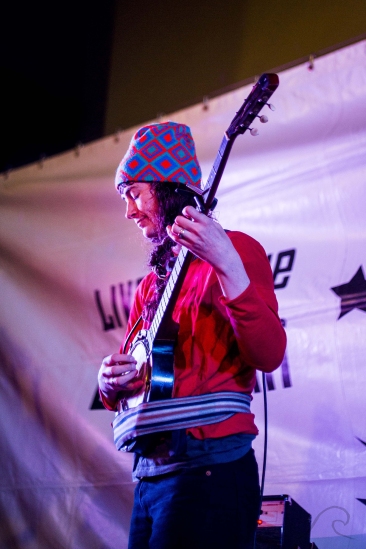 The softness and considered approach by both to their vocal performances provided captivating sets, which engaged those that had turned out just as well as any Hollywood blockbuster that might have been shown on the screen behind. While it would be the bands taking home the award for performances, a nomination for sound effects came in the form of a firework display outside which Stables jokingly apologised to the audience for not being able to see. We of course didn’t mind as the sound created on stage was all that was needed for a wonderful night at the ‘movies’.

Seafront‘s commitment to looking at music through the lens means we’re eager to try new things. For this reason we envisioned capturing some portraits of both Kate and Rozi which you can find below. These images were captured on black and white Ilford medium format (120) film using a Kodak No.2 Folding Cartridge HawkEye, Model B (circa 1926). The images were then painted after printing. 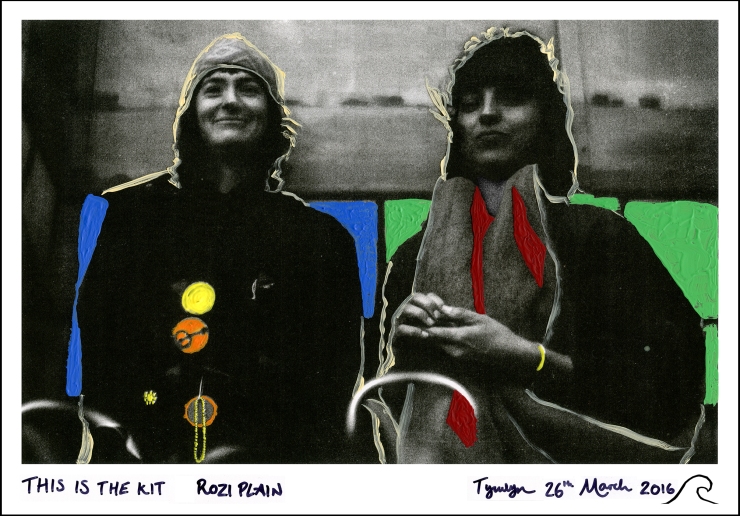 *All live performance images taken during sound check prior to the gig.