As you may have noticed, one thing we love doing here at Seafront is looking a bit further into albums, sometimes past the music and regularly into their artwork and design.

Something which caught our eye while enjoying a large amount of Vampire Weekend recently was the use of font on their last release, 2013’s Modern Vampires of the City.

For those that don’t know the origin of the band’s slightly peculiar name, it all stems from a film called, yep you guessed it: Vampire Weekend. An amateur horror film in which Ezra Koenig, the lead singer of the band version was heavily involved while a high school senior, directing and starring in the movie.

The trailer for Vampire Weekend still exists and you can take a look at it below:

We don’t know about you, but we’re desperate to see the full length!

Something else which the internet has kept safe for fans of the band is the blog which Ezra actively wrote between 2005/6. We don’t know whether he has voluntarily kept this up, or simply forgot about it as I’m sure we’ve all done with old social accounts or blogs, but it offers a really great insight into VW‘s lead man as well as golden nuggets about the extremely early days of the band. As detailed in this screenshot of a post from March 31st 2006, where Koenig also briefly mentions the upcoming film.

Going back to the film, you might notice something familiar that became part of the bands look with their last record, as eluded to at the start, it is the font presenting the title of the film and the actors within.

Edwardian Script is its name and appears on Modern Vampires of the City‘s cover and back. The typeface was also in use for one of the lyric videos the band produced in the run up to the release of the album.

The opening shot (above) sees a black and white Queensboro Bridge in the band’s home of New York City play background to the opening lines of the song Step with this attractive font contrasting against the somewhat industrial nature of the bridge’s metal and chimney stacks sat close, as well as the overcast NYC sky.

But the font’s style ties in with the album which carries this song and creates a familiarity with the viewer, along with the New York skyline which features heavily throughout this video as well as on the cover of the album and in the lyrics of most songs.

Interestingly, although the Edwardian font is used for the words Vampire Weekend in the movie’s trailer, it’s actually only the album’s title that gets that treatment here. The band’s name instead uses Futura Bold, echoing the look on each of VW‘s first two albums. 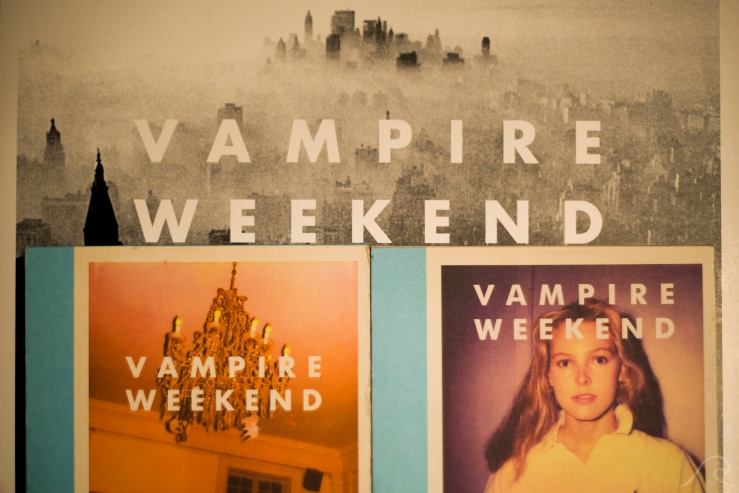 Art direction for Modern Vampires of the City was actually undertaken by Ezra Koenig along with then band member, Rostam Batmanglij. For this reason it would be interesting to know whether the idea of using the script type for the band’s name instead ever arose, to throwback to the film of the same name. Either way, it was the continuity of the solid, bold and sharp font that won at the end of the day.

We’re certainly very interested to see if this carries on with LP4 which the band are said to be actively working on and which we might get to hear in the new year. And who knows maybe we’ll also see the release of another kind of Vampire Weekend, in cinemas soon!

Inspired by looking into the designs above, we decided to create our own Step style screenshot. One of Seafront’s team was fortunate to spend some time in New York City last year and with on of the images taken on the trip, we came up with this… 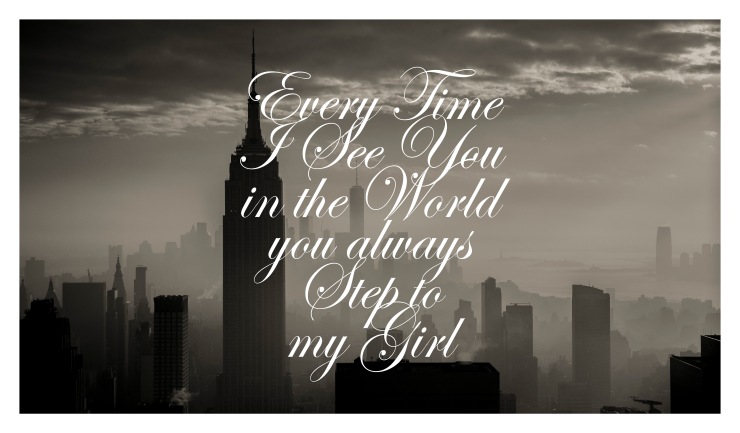 Let us know what you think in the comments or get in touch with us on any of the social platforms. You can find us on Instagram, Twitter and Facebook!